History of the primary school 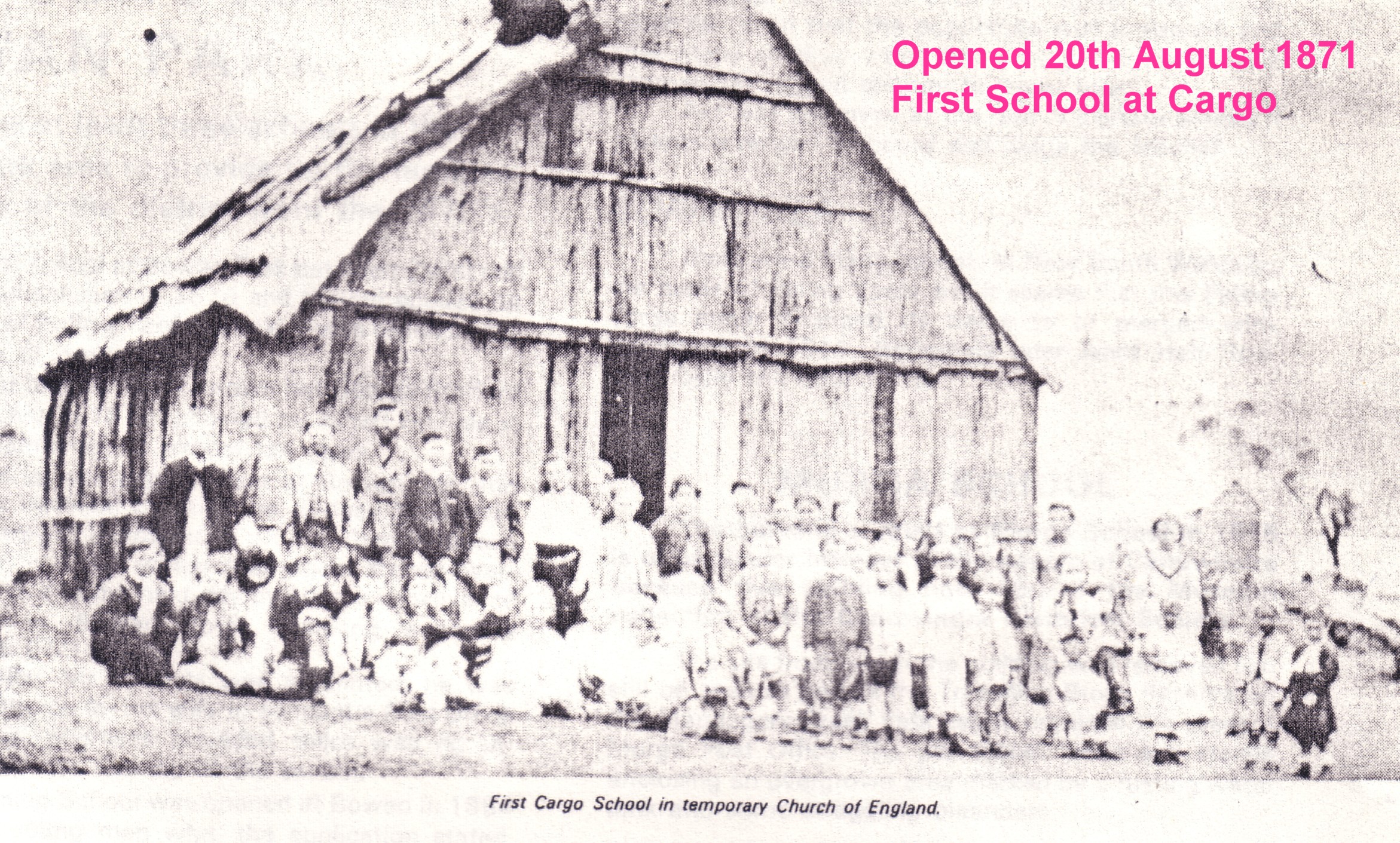 The Secretary was Richard Hicks and the Treasurer John Grounds.

There were reported to be 121 children living in the vicinity of Cargo and the nearest school was Cadia Public.

It was proposed to hold lessons in the local Church of England, a delapidated building which was considered by the church authorities to be temporary premises only.

It was a stringbark building, 30' x 20' and was neither floored or properly lit. The openings in the walls, which served as windows, were being filled with calico. The ground was neither fenced nor provided with closets. There was no school furniture. The council of Education agreed to the building being used for school work only on condition that the committee within three months erect closets, floor the building and place suitable windows in the building. The council leased the building for five years and the school became a Public School on the 20th August 1871.

The inspector who visited the school on 1st May 1872 found 57 children present. At the time 62 children were enrolled. The inspector filed the following report.

"The school is conducted in a bark building, the roof of which is in need of repair. There is no residence for the teacher. The school room is well furnished, but the playground is not enclosed. The pupils are fairly orderly and attentive, self reliant, and correct in answering. The instruction is fairly regulated

. All the subjects prescribed are taught and the teaching is careful and industrious. The discipline is healthy and the average proficiency is fair."

The following men joined the first school board:

These men joined the board in July 1871:

The church authorities decided to pull down the old church when the Council of Education's lease expired and it is presumed that a new one was erected. Rather than continue to rely on rented premises the Council of Education took the decision in 1873 to erect new vested buildings. It was thought that the population of the area was permanent enough to warrant this. The mines were likely to be open for a number of years, and more and more Free selectors were arriving and beginning to farm. 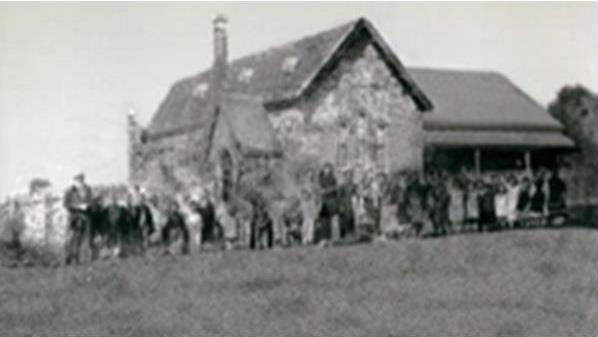 (This building was located where the current  - sold off  school residence is standing.) 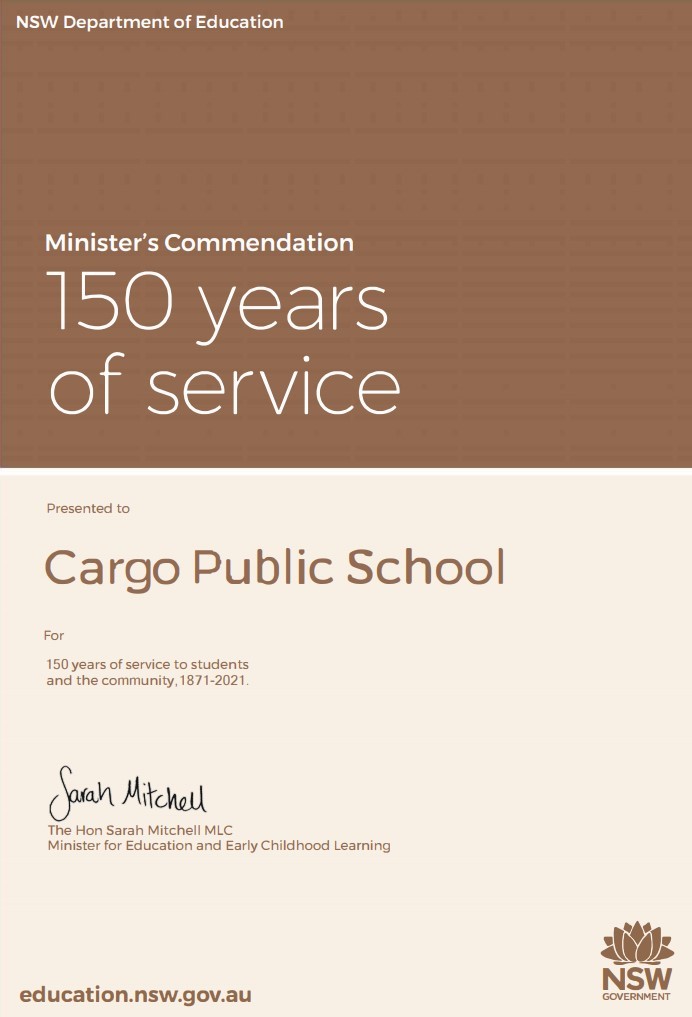 The original school building was a bark hut rented from the church. A building was built in the area of the car park, however this burnt down from the fire box at the back of the school residence area.

Unfortunately the celebrations for our 150 years was unable to be celebrated due to the outbreak of Covid-19.

A perforated sign is to be erected at the front of the school to commemorate this milestone for our school.

Return to top of page

We would like to pay our respects and acknowledge the traditional custodians of the land and also pay respect to Elders both past and present.

Copyright for this website is owned by the State of New South Wales through the Department of Education. For more information go to https://www.dec.nsw.gov.au/footer/copyright.